We need to configure your account (whether you are planning to use our test keys or live keys) before your developers can start testing and integration. Kindly message [email protected] to request for key configuration. Your account's eligibility will be reviewed before you can access this feature.

What is Hold then Capture?

Hold then Capture is essentially Pre-authorization and Capture.

Traditionally, both are called sequentially. This means that a capture is called automatically after an authorization call. This is what is known as a straight payment or an automatic capture. We currently support this feature as the default way of capturing payments.

With this feature, the merchant can request to capture the funds separately. In this case, the authorization is done prior to when the transfer of funds is actually made. This is what's known as pre-authorization or manual capture.

Integrating through the Payment Intent Workflow

2. Attaching a Payment Method to a Payment Intent

The attachment follows the same directions as normal in the PIPM workflow. After attachment, the following status flow is observed. For payment intents with the manual capture_type, after either 3DS is completed, or after attachment for non-3DS cards, the status will become awaiting_capture. It's in this status where the authorized payment intent is ready for capture. 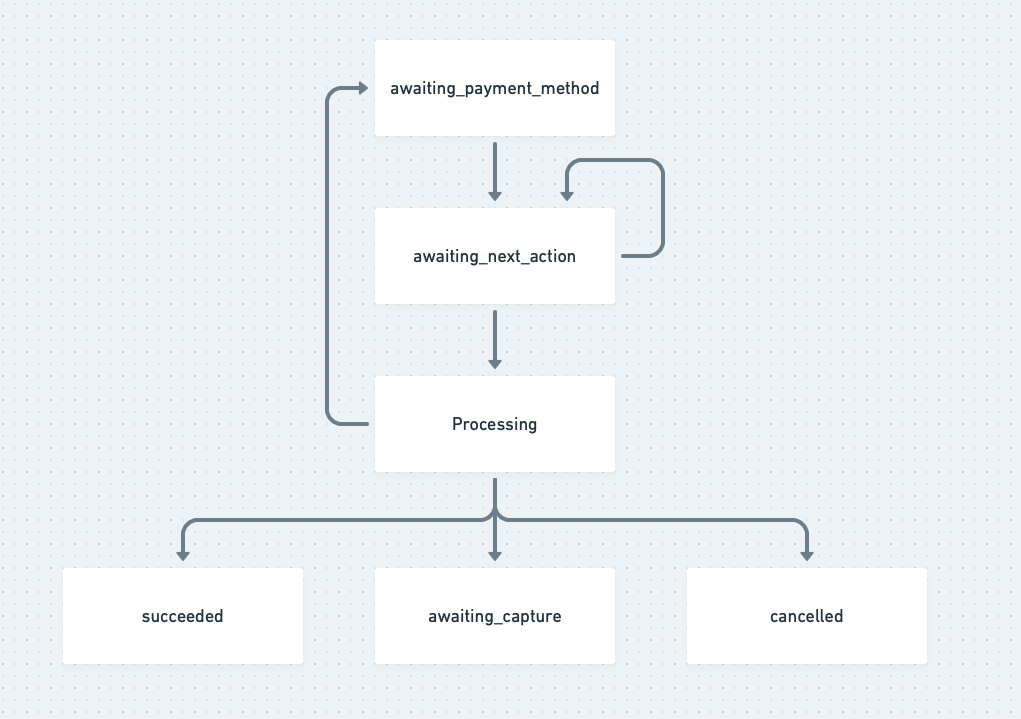 The capture API (POST /payment_intents/:id/capture) can be used to capture a payment from an awaiting_capture payment intent. Note that the merchant can only capture within 7 days from when the status was set to awaiting_capture. After 7 days, the authorization is automatically voided.

When capturing, the merchant can optionally set an amount attribute. This pertains to how much they would like to capture from an authorized payment intent. Merchants are allowed three options for this field:

The remaining balance of the authorized amount after partial capture is kept on hold by the issuer for around 2-4 weeks depending on the issuer. Unfortunately, it is an industry standard to let the issuer reverse the partial amount after a few weeks. We are still currently investigating a way around this issue.

Take note that attaching a payload is an optional step. It is not required to attach the payload if it is intended to be a full capture.

Payment intents can be cancelled at any time as long as they aren't in the succeeded or the cancelled status. When they are cancelled while the status is awaiting_capture, we void the authorization. A merchant can void within 7 days before it is automatically voided by our system.

The payment intent status will be cancelled if it is awaiting_capture and it is automatically cancelled by our system in 7 days. This voiding will reflect instantaneously.

For test transactions, feel free to check out the testing section of our developer documentation.